Blanca Lleó is a PhD architect, Chaired Professorsince 2012 and professor since 1990 of Architectural Design at the School of architecture of Madrid.Visiting Research at CambridgeUniv. (UK) and Princeton University, Visiting Professor at Rhode Island School of Design and at Cranbrook Academy of Art (USA). Professor invited at the Univ.Nacional de Colombia (Medellín),atChineseUniv. of Hong Kong, at Univ. Europea de MadridUEM and at Univ. Politécnica CatalunyaETSAB.

In 2019 has been choosen Academic of the Royal Academy of Doctors of Spain (Architecture and Fine Artssection) andhas obtained the First Prizein the International Competition of the Ministerio de Fomento for the Romanesque Museum of La Rioja in Treviana. In 2018 received the honorary NAN award for her professional career proposed by the Consejo Superior de los Colegios de Arquitectos de España (NationalSpanishArchitects Council). 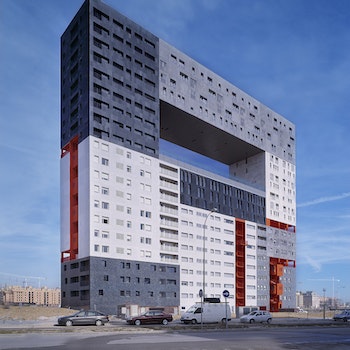