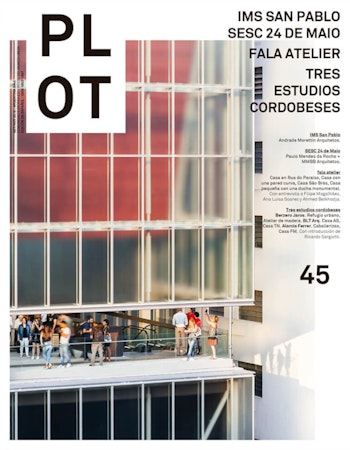 A bourgeois 19th century house is divided into four identical living spaces sharing a private backyard. The project happens within a given system of constraints, aiming at an unexpected complexity, finding interest within a very banal set of decisions.

The front façade is almost unchanged. The shabby tiles are replaced by polished green marble contrasting with the roughness of the existing granite frames. Only a circle of white marble is added to balance the composition.

Unorthodox everyday spaces are built according to a clearly defined syntax and grammar. The four living rooms are different from each other while sharing the same language, the same set of figures: the stepped wall, the curved surface, two doors (one pink and one green), a striped wooden floor.

The back façade is rebuilt. It becomes taller to match the neighbours scale, like a mask or a temple, with two square windows framing interior scenarios. The polished surface has a bold pattern of vertical stripes assembled with white, green and black marble, creating a rich, yet flat, exterior appearance. The entrance door is hidden within the pattern; a brass circle on top ends the piece. The pattern disguises the scale of the building and its program while being unnecessarily exuberant. The back façade becomes a painting for neighbours to look at, a main façade for private use. 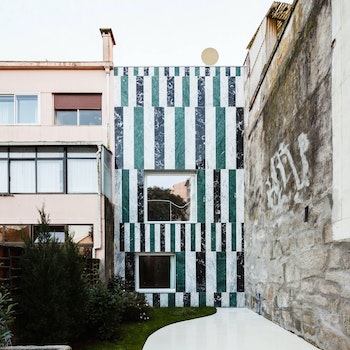 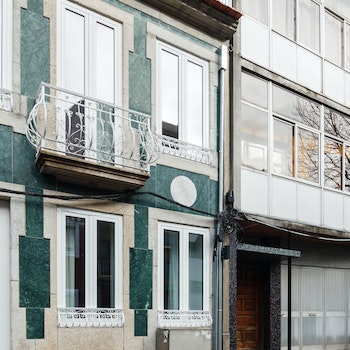 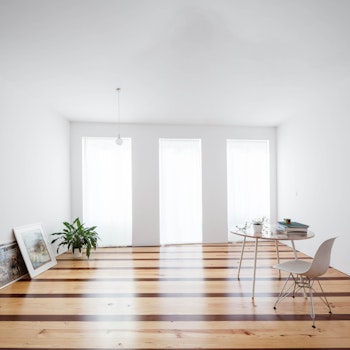 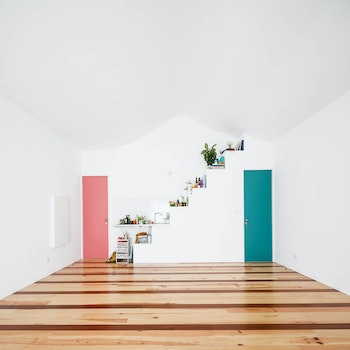 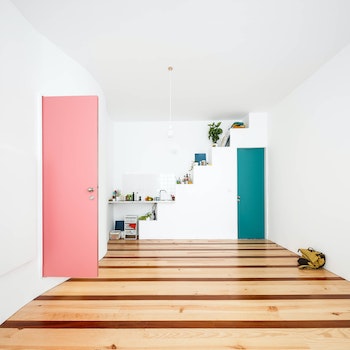 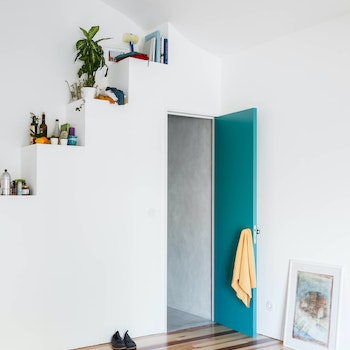 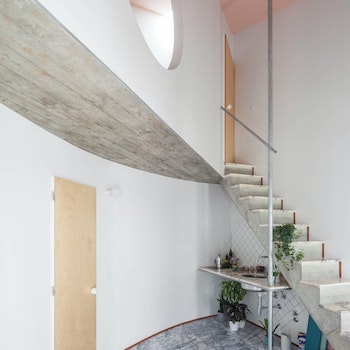 SIX HOUSES AND A GARDEN 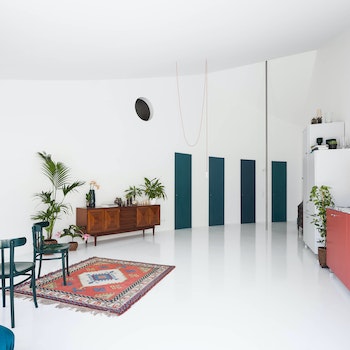 HOUSE WITH A CURVED WALL 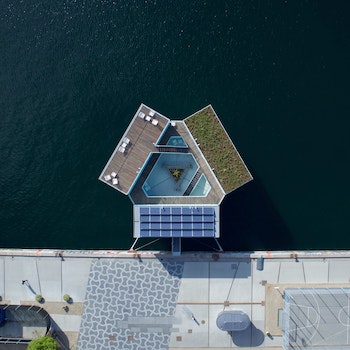