Frank Lloyd Wright (June 8, 1867 – April 9, 1959) was an American architect, designer, writer, and educator. He designed more than 1,000 structures over a creative period of 70 years. Wright believed in designing in harmony with humanity and the environment, a philosophy he called organic architecture. This philosophy was exemplified in Fallingwater (1935), which has been called "the best all-time work of American architecture". Wright played a key role in the architectural movements of the twentieth century, influencing architects worldwide through his works and hundreds of apprentices in his Taliesin Fellowship.

Wright was the pioneer of what came to be called the Prairie School movement of architecture and also developed the concept of the Usonian home in Broadacre City, his vision for urban planning in the United States. He also designed original and innovative offices, churches, schools, skyscrapers, hotels, museums, and other commercial projects. Wright-designed interior elements (including leaded glass windows, floors, furniture and even tableware) were integrated into these structures. He wrote several books and numerous articles and was a popular lecturer in the United States and in Europe. Wright was recognized in 1991 by the American Institute of Architects as "the greatest American architect of all time". In 2019, a selection of his work became a listed World Heritage Site as The 20th-Century Architecture of Frank Lloyd Wright.

Raised in rural Wisconsin, Wright studied civil engineering at the University of Wisconsin and then apprenticed in Chicago, first with Joseph Lyman Silsbee (1887) and then with Louis Sullivan (1888). He opened his own successful Chicago practice in 1893 and established a studio in his Oak Park, Illinois home in 1898. His personal life made headlines: leaving his first wife, Catherine Tobin, for Mamah Cheney in 1909; the murders at his Taliesin estate by a staff member in 1914; his tempestuous marriage with second wife Miriam Noel in 1923; and his relationship with Olgivanna Lazović, whom he married in 1928. 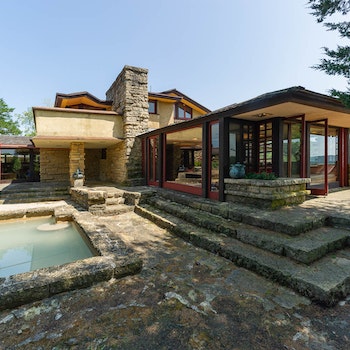 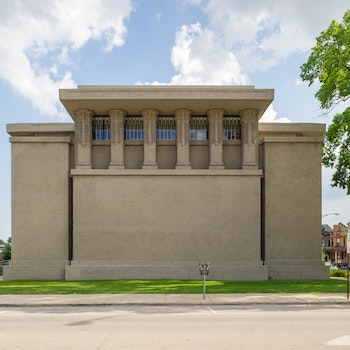