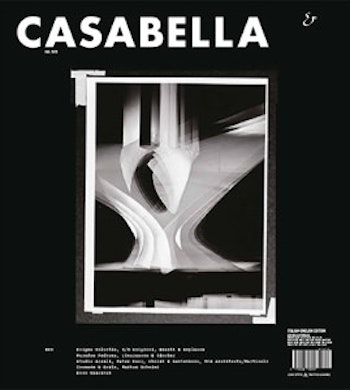 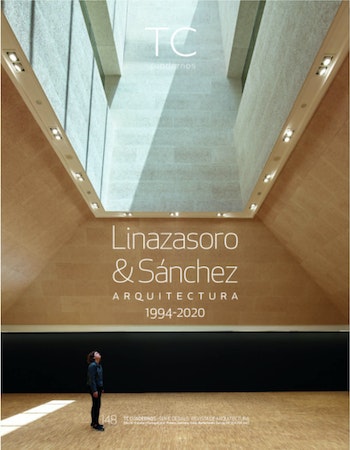 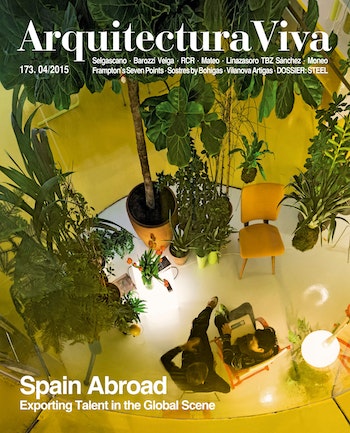 EXPORTING TALENT IN THE GLOBAL SCENE

Troyes is a historical city of Roman origin located in the north of France with a very well preserved medieval and renaissance historical centre. The difficulty of the Project consisted in introducing a building of approximately 10,000 m2 within it, without falling into mimicry, but respecting the architecture that makes up this centre.

The project consists of a Congress Centre with an auditorium seating 800 people, a multi-purpose room for exhibitions, conferences and 7 events and a plenary room for the councillors, which also contains 5 of the Administrative Centre of the Conseil du Département de l'Aube, an extension of the existing one and to which it is attached.

It is based on the volumetric fragmentation of the existing building to create the appropriate scale and is conceived as a fragment of the urban fabric rather than as a building object.

The reference is the urban fabric of Troyes itself and the relationship between the houses and the great Gothic churches, in which the intention is to reflect the relationship that is proposed between the building that contains the administrative spaces and the one that houses the auditorium and the cafeteria. In addition to volumetric integration, a continuity is sought between the vertical rhythm of the administrative building and the one containing the cafeteria and auditorium, inspired by the continuity that exists between the houses and the sections of the naves of the churches in the historic centre. The unity of the design is not only given by the "volumetric composition" that responds to the different contents of the programme and the demands of the context, but also by the spatial sequence of the interior street and the interior spaces of the ground floor.

The monumental door located at the junction between the new building and the pre-existing one that opens onto the remodelled Rue Perdue, indicates and serves as access to the complex that resembles a small "new neighbourhood" with an urban layout formed by a street, a covered space and a small square. The building has, once again in continuity with tradition but in a modern key, an important set of stained-glass windows by the artist Flavie Serrière Vincent-Petit, which provide coloured light typical of the city's Gothic architecture. 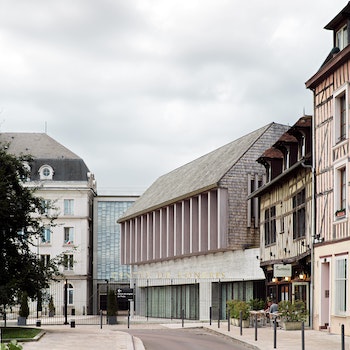 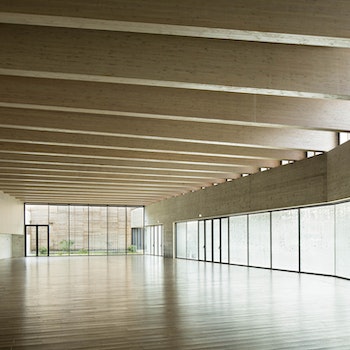 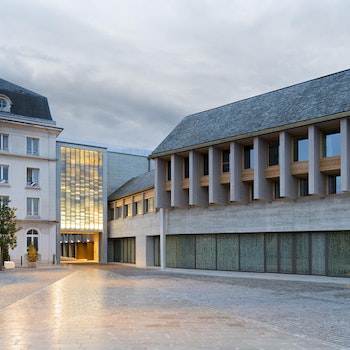 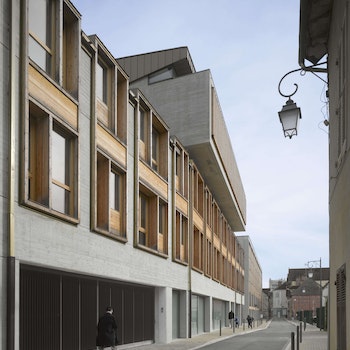 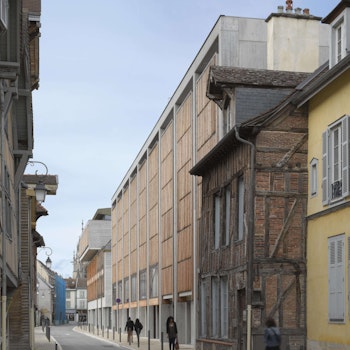 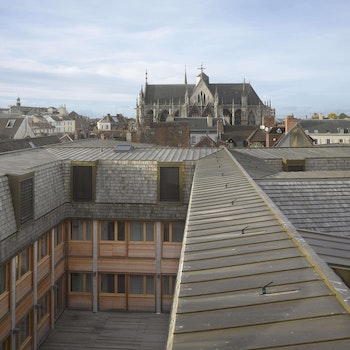 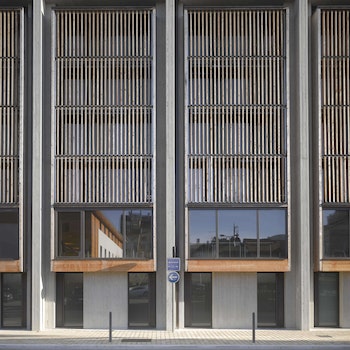 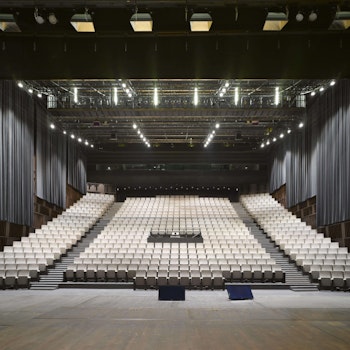 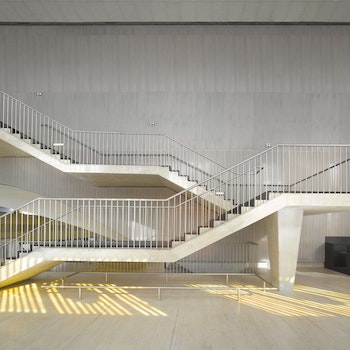 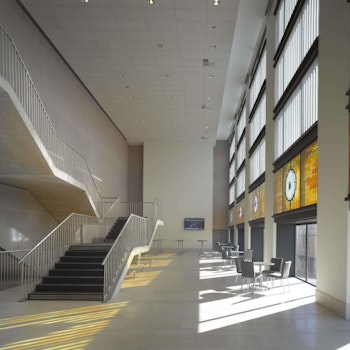 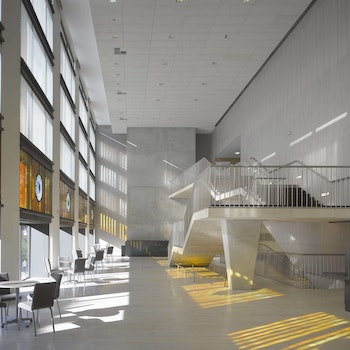 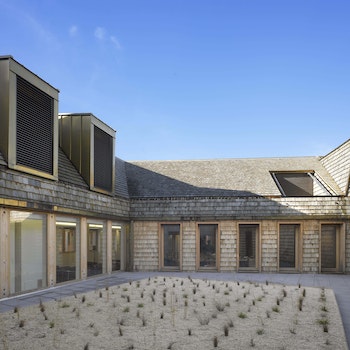 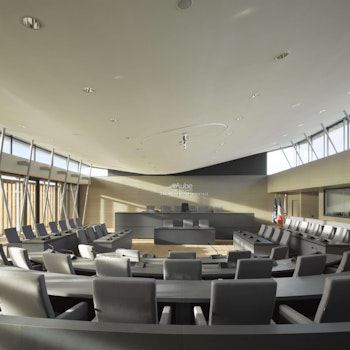 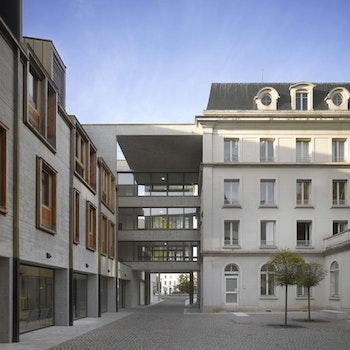 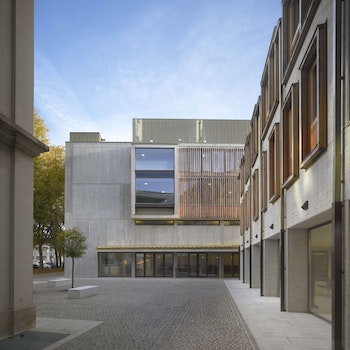 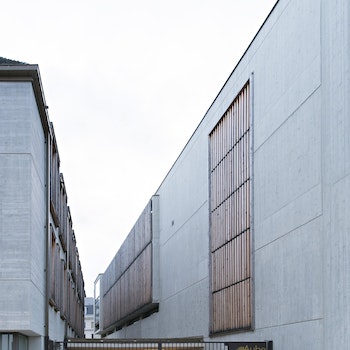 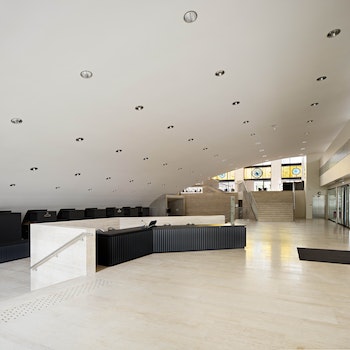 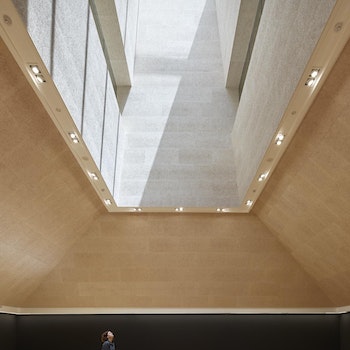 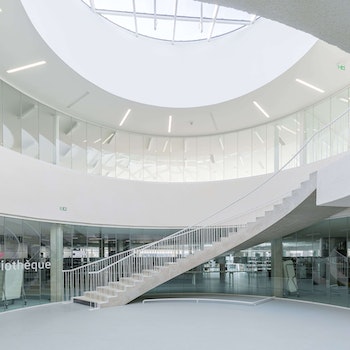 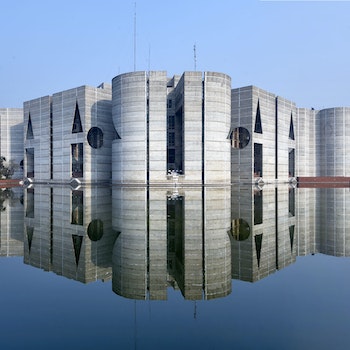