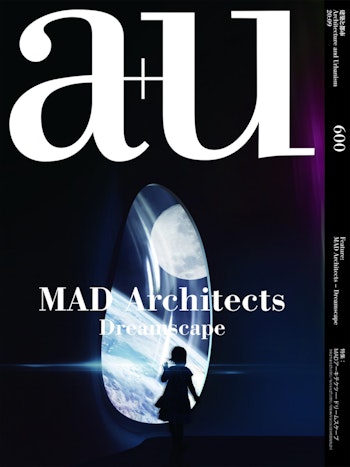 Founded by Chinese architect Ma Yansong in 2004, MAD Architects is a global architecture firm committed to developing futuristic, organic, technologically advanced designs that embody a contemporary interpretation of the Eastern affinity for nature. With a vision for the city of the future based in the spiritual and emotional needs of residents – MAD endeavors to create a balance between humanity, the city, and the environment.

Globally recognized as a creative pioneer, founding principal Ma Yansong is a central figure in the worldwide dialogue on the future of architecture. Ma was named one of the “10 Most Creative People in Architecture” by Fast Company in 2009. He received the prestigious “International Fellowship” from Royal Institute of British Architects (RIBA) in 2011, and was selected as “Young Global Leader (YGL)” by World Economic Forum (Davos Forum) in 2014.

In 2014, MAD was selected as principal designer for the Lucas Museum of Narrative Art, becoming the first China-based architecture firm to design an overseas cultural landmark. In 2006, MAD won the design competition for the Absolute Towers in Mississauga, Canada. The residential project is composed of 56-story and 50-story high-rises and was completed in 2012. The Council on Tall Buildings and Urban Habitat (CTBUH) awarded the towers “Best Tall Building Americas” in 2012 and EMPORIS ranked them first in their 2013 “Skyscraper Awards.”

MAD has on-going international projects located, respectively, in Rome, Paris, Japan, Los Angeles and Beverly Hills. In the heart of Rome, MAD is designing a complex multi-functional courtyard building, which contains apartments, office space, and a chapel with total usable area of approximately 23,000sqm. In Paris, MAD placed first in a competition of 96 teams to build a residential complex on the right bank of the River Seine. In Japan, MAD delivered an organic design for a local education center. The firm’s latest commission is a 13,000sqm mixed-use residential complex in the center of Beverly Hills.

In addition to architecture, MAD has been a pioneer in contemporary art and design. MAD has participated in significant exhibitions in Venice Architecture Biennales. MAD also participated exhibitions at the Victoria and Albert Museum (London), the Louisiana Museum of Modern Art (Copenhagen), and MAXXI (Rome). An array of MAD’s architecture models have been acquired by the well-known M+ Museum (Hong Kong) as part of their permanent collections. 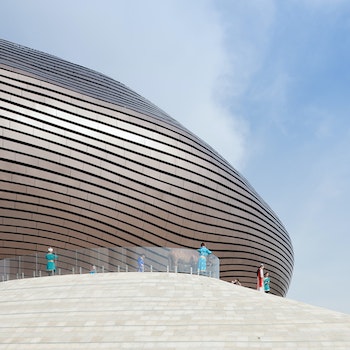