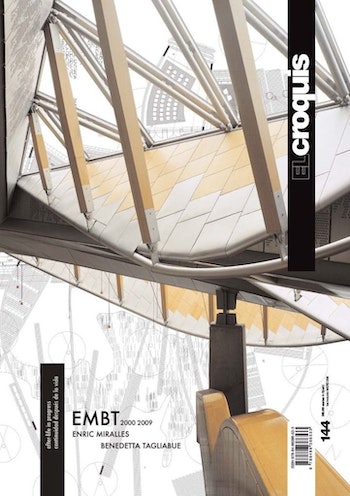 Miralles Tagliabue EMBT is an international acknowledged architecture studio founded in 1994 by the association of Enric Miralles (1955-2000) and Benedetta Tagliabue in Barcelona. Coincidently this partnership began just before the start of the Summer Olympic Games in Barcelona’92, an apogee period of the city and its architecture.

During their cooperation, Enric and Benedetta started projects like the New Scottish Parliament Building in Edinburgh, the Utrecht City Hall in The Netherlands, the Headquarters of Gas Natural Fenosa, the Renovation of the Market and neighbourhood of Santa Caterina, their own house in the old city in Barcelona and so on.

After the premature death of Enric Miralles in 2000, husband and partner of Benedetta, she continued leading their office, Miralles Tagliabue EMBT as a sole partner, finishing over ten uncompleted works of Enric and starting many new ones.

The studio has experience in public spaces and buildings in both Europe and China working for State and Local Governments as well as Corporate and private clients.

Current studio projects include the School of Management of Fudan University in Shanghai, office towers in Xiamen and Taichung, public spaces of HafenCity in Hamburg Germany, the metro station Clichy-Montfermeil in Paris, France (1st prize in competition) and the metro central station in Naples, Italy, among others.

Today EMBT has offices in Barcelona, Shanghai, and Paris, and is operating all over the world with a number of new projects in Europe, China, Taiwan, etc. Continuously growing and developing, the working environment is multicultural and full of young aspiring architects working hand in hand with the project directors to produce new innovative ideas and designs.

Nonetheless, the office has kept its fundamental core: an open approach, full of exploration and experiments together with a high level of conceptual thought. 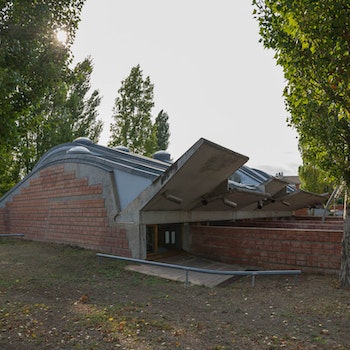