On the Danish peninsula Jungshoved, in the outskirts of the small town Roneklint, is located the first version of a new housing typology titled The Danish Cottage. A country house on the one hand, and an architectural interpretation of a national Housing Act, on the other, The Danish Cottage breathes new life into a building mass that historically served an agricultural purpose and yet today remains uninhabited. Over past decades, building after building was left abandoned across the Danish countryside, dilapidating at a large scale. In a response to a universal issue perpetuating societies of today with drastic changing demography as seen through the flux from rural to urban areas, the passing of new national legislation in 2013 proved to be a vital turning point. The Danish Cottage is an embodiment of this visionary law, acting as an architectural framework to counter ongoing tendencies and rethink concepts of ruralism, regional heritage, and architectural transformation.

As a recreational counterpart to urban life built for a Copenhagen-based family, the first version of The Danish Cottage transforms an existing farmhouse by bridging historical layers, tradi¬tional building techniques, and contemporary design. Surrounded by an apple orchard and a strip of small lakes, the barn was left as the only remnant on the site. The transformation, therefore, revisits the barn, using the ground floor as a starting point to create a rustic and authentic atmosphere with exposed brick walls, framing the flexible area of the building. Whitewashed both on the interior and exterior of the building, the bricks draw on regional identity, while the concrete-coated floor adds contrast to the interior with a raw, yet polished expres¬sion. The ground floor spaces are intended for use during summer when outdoor and indoor activities merge to a greater extent; where major events unfold; where friends and family gather; and where the large gates open towards the spectacular setting surrounding the house.

In a quest to create an ideal getaway from a hectic city life, the ground floor was added a new roof structure that provides a framework for the living spaces. Characterized by an optimized floor plan organized around a central core, the living area on the 1st floor is covered with oak, adding warmth to the space while contributing to the feeling of home. On the exterior, the roof pro¬file and dark green color resonate with traditional farmhouses in the area, which were originally equipped with pitched roofs as a pragmatic feature rather than adding a new roof structure in need of more capacity. This functionality is reused in the house, only this time to allow for a particular height throughout the entire space. Designated for togetherness and modern comfort, the 1st floor has precise edges and carvings where wood clad¬ding adds smoothness to the space and emphasizes proporti¬ons in the new architectural element. 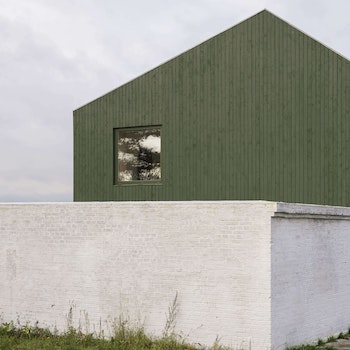 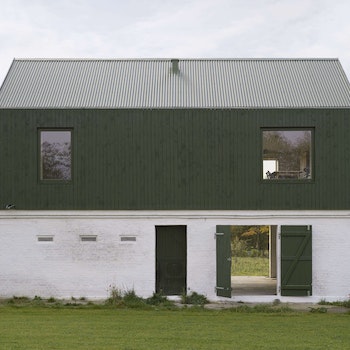 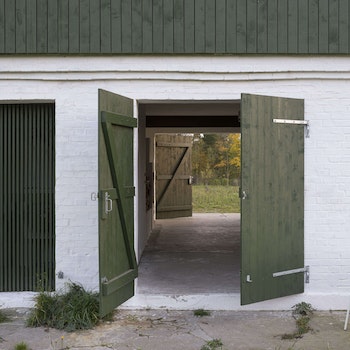 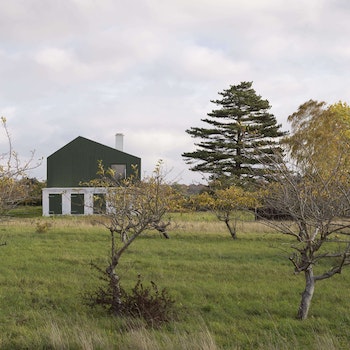 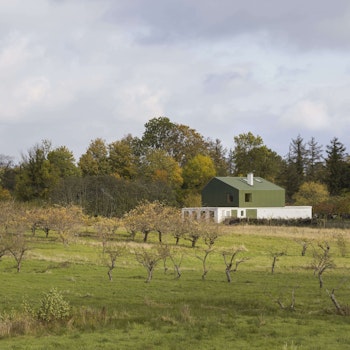 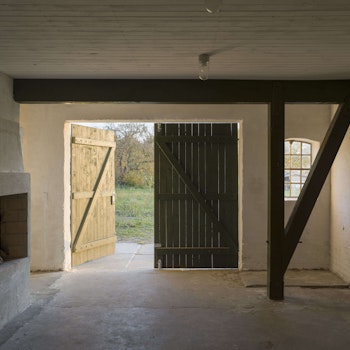 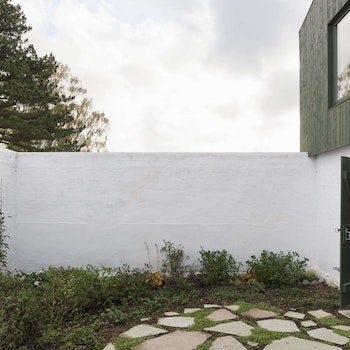 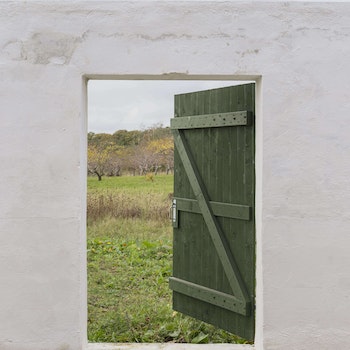 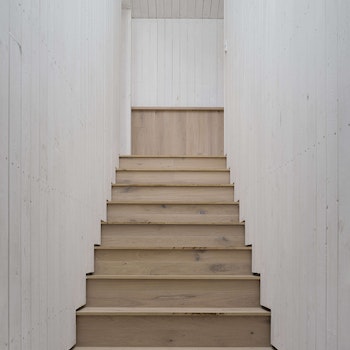 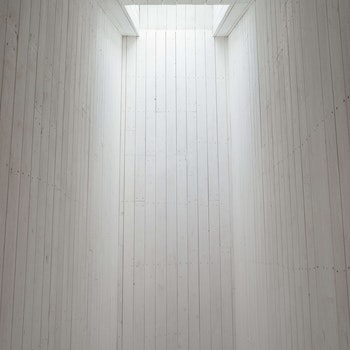 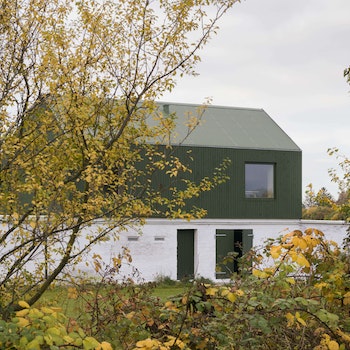 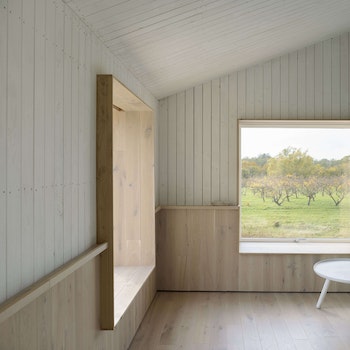 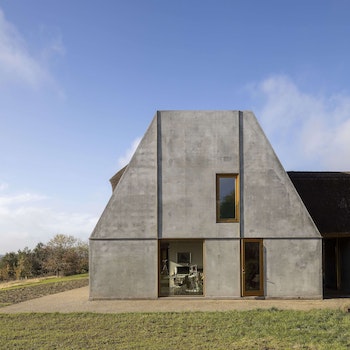 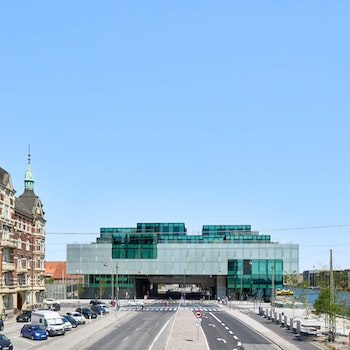 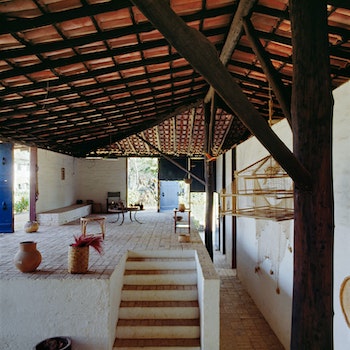