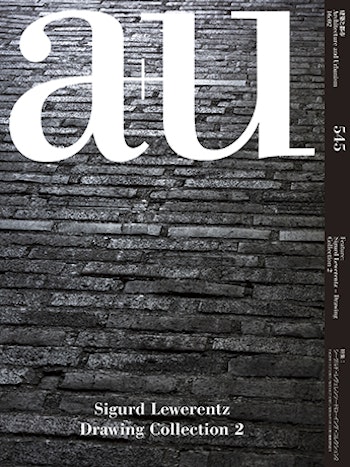 Lewerentz was born at Sandö in the parish of Bjärtrå in Västernorrland County, Sweden. He was the son of Gustaf Adolf Lewerentz and Hedvig Mathilda Holmgren. He initially trained as a mechanical engineer at the Chalmers University of Technology in Gothenburg (1905–8). Later he took up an architectural apprenticeship in Germany.

He first opened his own architectural office in Stockholm in 1911 and became associated with the architect Gunnar Asplund (1885–1940). Together they made a winning entry for the Stockholm South (Woodland) Cemetery (Skogskyrkogården) competition of 1914–15. This project was implemented initially by both architects, however, the latter stages were done by Asplund alone. He and Asplund were appointed as the main architects for the Stockholm International Exhibition (1930) but afterwards Lewerentz became disillusioned, Lewerentz turned away from architecture for many years, and from 1940 he ran a factory producing windows and other architectural fittings of his own design.

Sigurd Lewerentz, together with his colleagues Erik Lallerstedt and David Helldén, created between 1933 and 1944 what is regarded of one of the masterpieces of functionalist architecture, Malmö Opera and Music Theatre (Malmö Opera och Musikteater). The foyer is considered of particular beauty, with its open surfaces and beautiful marble staircases and it is adorned with a number of works of art by artists such as Carl Milles and Isaac Grünewald. He was awarded the Prince Eugen Medal for architecture in 1950.

In the last decade of his life he designed two churches, St. Mark's at Björkhagen in Stockholm (1956) and St. Peter's at Klippan in Scania (1963–66), that revived his career in architecture. He continued to work at competition proposals and furniture designs until shortly before his death in Lund, Sweden during 1975.

Klippan is a small town in southern Sweden. St. Peter's at Klippan sits in a suburban setting on the periphery of the town. The orientation of the Church is correct, with the altar standing opposite the west doors. It is square in shape, suggesting a more intimate ritual in the tradition of circonstantes (standing in a circle), which harkens back to early Christianity. This was the religious equivalent of the search for the essential and the primitive, strongly evident in both of Lewerentz's later churches. These characteristics are expressed beautifully in the detailing of the buildings, the choice of materials, the quality of light and the spatial articulation. 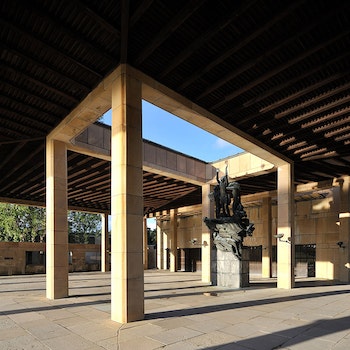